November 17, 2011 in Fashion, Style File
Recently Victoria’s Secret models Rosie Huntington-Whiteley and Miranda Kerr both stepped out in slim black pants, a loose, hippie-licious cream blouse, and pointy-toed heels. What’s great about this outfit is that its chic and put together, but simple and easy to recreate on your own.
Enjoy a breakdown of the two similar outfits, both parfait pour this fall!

Whether you want to go for a relaxed, bohemian silhouette, an eye-catching patterned blouse, or keep your top casual you can find a way to get this look to work for your own personal style.
For pants that are a similar styles to those pictured above you could either go for nighttime glam like Rosie and try out some faux leather pants, or daytime chic like Miranda and try out some ankle-length leggings or slim denim pants.

And what brings both of these looks together? The sleek and dramatic patent leather pointy-toe pumps that both ladies chose when they put together their outfits.

Depending on what time of day you’re rocking this look or where you’re headed, I would adjust the accessories accordingly.
To mimic Miranda’s relaxed and low-key style for a day of errands you could try adding a pashmina (large scarf) and some killer shades to the basics that you already put together above.
If you’re planning a night out on the town or have a girls night out coming up you can channel Rosie’s bombshell take on this look and dress your outfit up with a flashy clutch, blingy cocktail ring, and bright red lips.
What do you think of these looks? Do you enjoy the well-chosen basics that these ladies picked out and the individual way that they each made the look their own?
You can also check out past MCLV Style File looks below:
Red Maxi Skirt
Kate Middleton – Military Inspired
Miranda Kerr – Striped dress w/ blazer
Olivia Palermo – Polka dot skirt
Continue Reading · Comments { 13 }

At first I considered just including a few looks from this runway extravaganza in the next Looks of the Week post, but ultimately I decided that the Victoria’s Secret Fashion Show really does deserve its own separate post. Why? Because this is nothing short of fabulous. No, the VSFS isn’t high fashion. No, it’s mostly not wearable lingerie. But it’s always fun, bold, and high energy.

Sit back and enjoy! 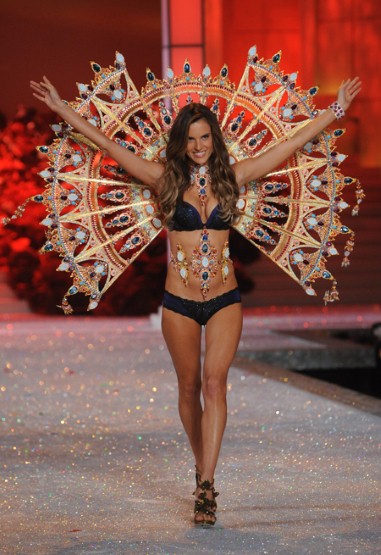 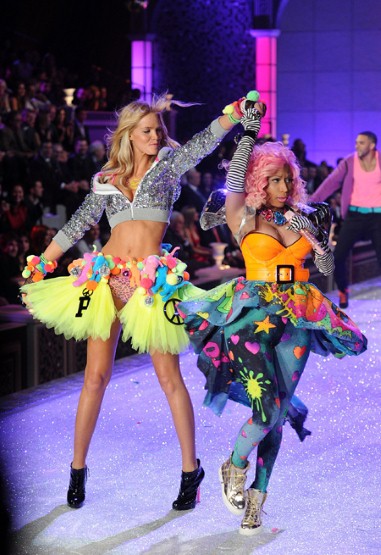 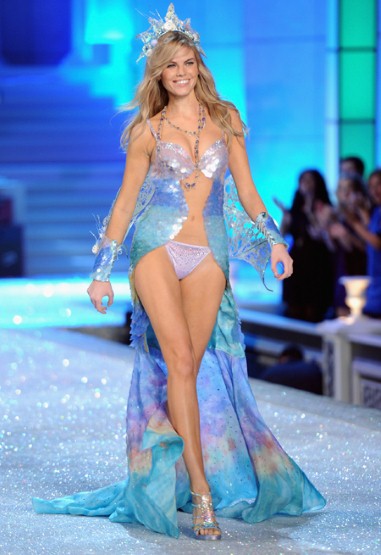 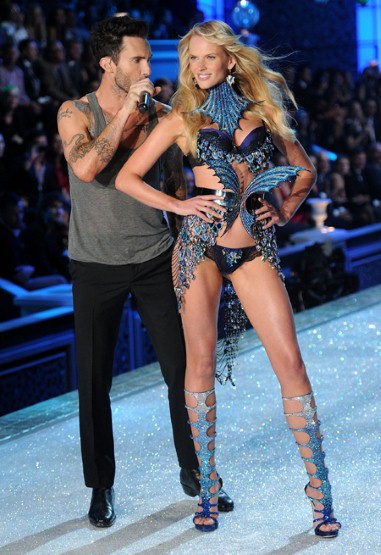 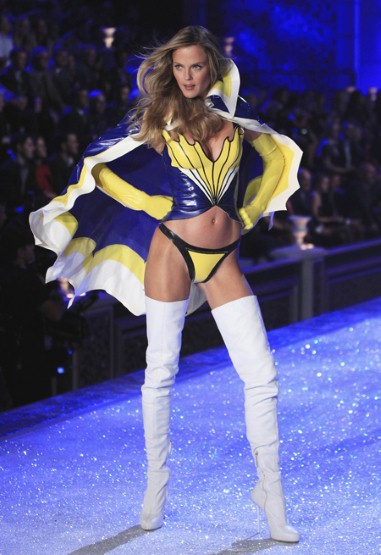 For the most part the Victoria’s Secret Fashion Show pink carpet is filled with beautiful women in slinky cocktail dresses. Bright colors, slim silhouettes, cut-outs, studs, embellishments, and no shortage of killer high heels. Here are three of my favorites that I thought really stood out among the sea of beauties.

{Julia Stegner has great personal style and I was excited to see her choice here, its fun and funky enough for a VS event, but still uniquely her.}

Now tell me the truth, who’s your favorite Angel? Its Alessandra all the way for me!